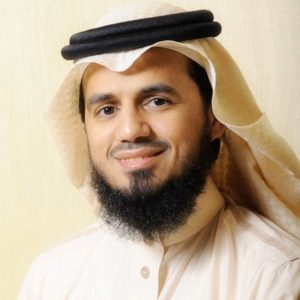 Abu Bakr Ibn Mohammad Ash-Shatiri in 1970 in Jeddah (Saudi Arabia). He is a Saudi imam and Quran reciter.

Ash-Shatiri grew up in Jeddah and graduated in Quran Studies from Sheikh Ayman Roshdi Suwaid in 1416 Hijri, and then earned a master in accountancy four years later.

He participated in numerous Islamic conferences and events in many Muslim countries like Egypt, South Africa, Kuwait, and Bahrain.