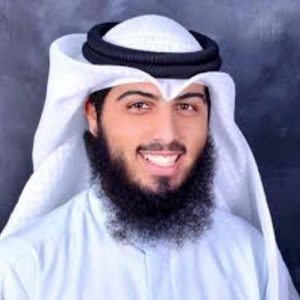 Sheikh Shaya memorized the Quran by the help of several great Kuwaiti reciters who noticed his excellence in reciting the Quran. His name has emerged as a Mua’zzin and a reciter of the Qur’an without being affected by his study at the intermediate stage in Kuwait. He was influenced by the Kuwaiti and Saudi reciters such as Sheikh Mishary Al-Afasy and Sheikh Maher Al-Mi`aqly, seeking to imitate their voice and follow their steps before he took his own independent way in reciting the Quran.