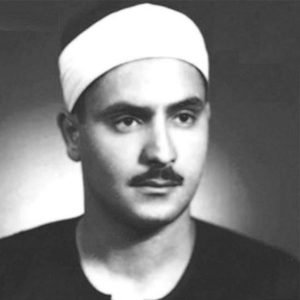 Sheikh Mohammad Siddiq Al-Minshawi completed the conservation of the Quran at the age of 8. Known for the beauty of his voice and his ability to transport through his recitations all deep meanings of Quranic words.

Sheikh Al-Minshawi explained the full registration of the Quran Choir, and has also made many recordings in Al-Aqsa Mosque, Kuwait, Syria and Libya…..

Twice married his first wife gave birth to four boys and two girls, and the second to five boys and four girls.