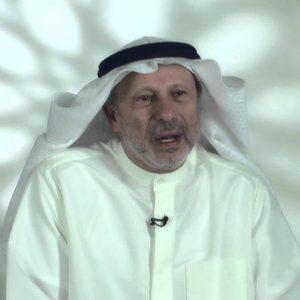 Sheikh Ahmad Khider is a Kuwaiti Quran reader, born in 1947. He is popular and famous in two different fields: As a Quran reader  and as a participant in several international Quran competitions, and also as a brilliant football goal keeper before becoming a coach of the national teams.

Besides that, Sheikh Ahmad Khider obtained a certification concerning “Khatm Al Quran” from the association of “the Quran preservation” in Byron in 1962. He was also certified by Sheikh “Mamoun Kitabi” according to Hafs `An `Asem’s method of recitation. And in 1992, he earned an “Islamic Studies” certification from “Dar Al Quran” in Kuwait.

Sheikh Ahmad is considered the first Kuwaiti Quran reciter who recorded the Quranic “Khatmah” or finishing in Kuwait in 1992.

Moreover, Sheikh Ahmad Al-Tarabulsi participated as a member of the jury in several international Quran reading competitions, and he also presided over the jury of the international Kuwaiti contest, in the “Tilawat” and “Tajweed” branch, in 2010.