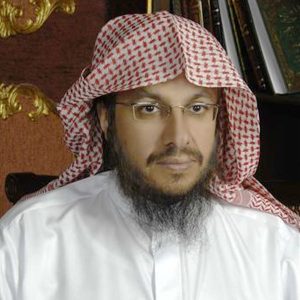 Abdul-Aziz Al-Ahmad is a Saudi Quran reciter who was born on Rajab 20, 1387 Hijri in Buraidah.

Al-Ahmed is a graduate of the Mohamed bin Sa`ud Islamic University. He got his degree in Psychology in 1410. He enrolled to the master in 1417 and then to a doctorate in 1423. His second doctorate was carried out in Sharia and Islamic Sciences.

Al-Ahmed had recorded some of his recitations including Al-Mushaf Al-Murattal (1422) and Tarawih (1414-1415). He has worked as teacher in Ibn Sa`ud Faculty till 1423 HIjri and then joined the stuff of Al Qassim Faculty during the same year.

Al-Ahmed was an imam and reciter in numerous mosques in Saudi Arabia like Ar-Rashid and Ibn Sobaih mosques in Al Qassim and Al Badaoui’s mosque in Mecca, Jeddah. He participates in many Islamic events giving lectures and interviews about different topics related to Islamic issues. He contributed to the Islam world library by many works.