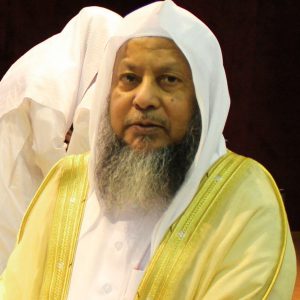 Mohamed Ayoub grew up with the sound of the Qur’an. He had memorized the Book in Bin Laden Mosque from which he graduated in 1386. He joined the Scientific Institute of Medina soon after and left it with a degree in 1392. Later on, Mohamed entered the Islamic University where he earned his bachelor, master and doctorate in 1408.

Professionally, Mohamed Ayoub first worked as assistant in the Faculty of Quran and then moved to a position of surveyor within the exams service of the same faculty which position he kept during ten years. Mohamed became member of the the King Fahd educational board and Scientific Committee for printing the  Quran.

Mohamed Ayoub had led prayers in numerous Saudi mosques like Al Anabiya (1394 to 1403), Qibaa’, Abdullah Al Housayni (1403) and the Prophet’s Mosque of Medina.

A discography including many of Mohamed Ayoub’s recitations has been released across the Muslim world.